CAFF selected “Finch” for their 2020 film festival. In addition to the official selection, Finch was nominated for Best Short Film and Best Actress categories. Cast and Crew were so honoured to then receive the final award for both categories!

Everyone at Vek Labs would like to thank all those involved in making this production come to life! It was a powerful short film to produce and the entire team is excited for their next opportunity to work together on a narrative project.

A compelling short film produced in Canada exploring abuse, and the courage to leave.

Film Synopsis: Trapped in an abusive relationship, Sarah struggles to make sense of her past and present. After a brutal assault, Sarah realizes she’s not the only captive in her partner’s control. It’s time to accept or leave the prison of her daily life.

Andrew founded Vek Labs December 2017 with a clear mandate to bring cinematic visuals to the corporate and documentary space. Prior to Vek Labs, Andrew worked as a designer for over 10 years focusing on UX/UI, branding, editorial and audio production, Andrew lived in Rome, Italy, working as a marketing consultant for a variety of non-profits and institutions; including the Holy See. He is most passionate about seeing video productions and musical scores synthesize into unique stories. 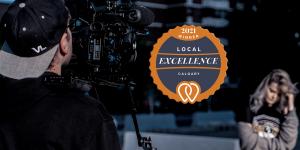 Vek Labs is honoured to announce Upcity.com recognized us in their 2021 awards for local excellence in Video Production! We feel so privileged to represent Calgary as a video agency that takes great care in providing a unique, tailored experience for our clients. Excerpt Taken From UpCity’s Awards Guidelines “National and Local Excellence awards celebrate businesses with the highest brand integrity and client satisfaction based on their UpCity Recommendability Rating. This exclusive rating is established from our proprietary algorithm that utilizes digital signals to measure the credibility and trustworthiness of each of our Certified Partners. 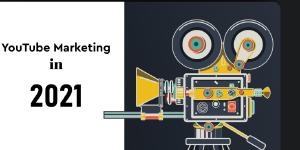 YouTube is the largest video-sharing platform in the world. It has transformed the ways videos are distributed online, the way viewers consume content, and how businesses market their products. After Google acquired YouTube back in 2006, it has constantly tweaked its algorithm so that it delivers the content users want to see. If you are looking to market your videos on YouTube, it’s crucial that you understand how to use this to your advantage (even if you are running ad campaigns). 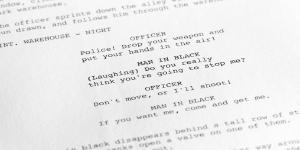 When you are thinking about creating a new video for your company, social media, or YouTube page there are a few things you should always keep in mind in order to create an engaging video. One of the first places you should begin is writing a compelling and professional script that encapsulates your video and guides the viewer through the different parts of your story. Looking for more information? Check out our article on how to create a successful video campaign.